Van Shaw was raised to be a thief, but at eighteen he suddenly broke all ties to that life and joined the military—abandoning his illicit past and the career-criminal grandfather who taught him the trade. Now, after ten years of silence, his grandfather has asked him to come home to Seattle. But when Van arrives, he discovers his grandfather bleeding out on the floor from a gunshot to the head. With a lifetime of tough history between him and the old man, Van knows he’s the main suspect.

The only way he can clear his name is to go back to the world he’d sworn to leave behind. Tapping into his criminal skills, he begins to hunt the shooter and uncover what drove his grandfather to reach out after so long. But in a violent, high-stakes world where right and wrong aren’t defined by the law, Van finds that the past is all too present . . . and that the secrets held by those closest to him are the deadliest of all.

Edgy and suspenseful, rich with emotional resonance, gritty action, and a deep-rooted sense of place, Past Crimes is a crime thriller in the mold of Dennis Lehane, Harlan Coben, and John D. MacDonald. 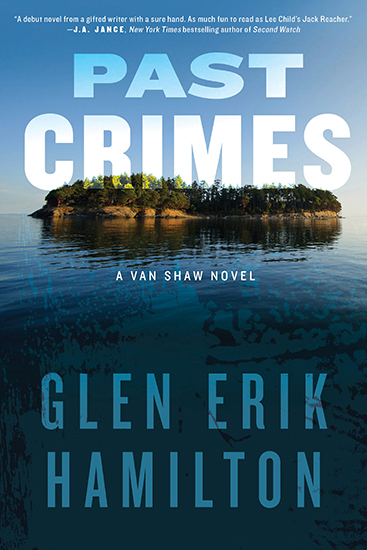 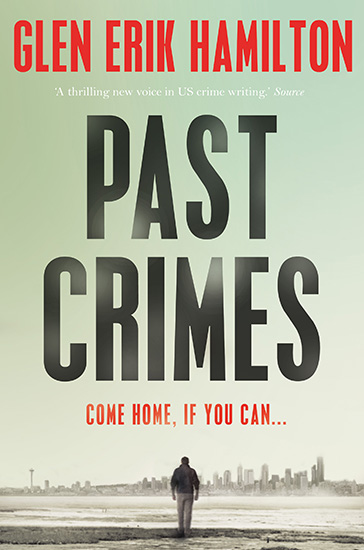 “Hamilton’s accomplished debut . . . details Shaw’s upbringing in sharply honed flashbacks and surrounds him with a cast of intriguing characters on both sides of the law. Readers will be eager to see more of this tough, clever hero.”
—Publishers Weekly, starred review

“In his outstanding debut, Hamilton has created a tough and intriguing character in Van Shaw, one that will appeal to fans of Lee Child’s Jack Reacher series.”
—Library Journal, starred review

“A combat-tested Army Ranger returns home to investigate the shooting of his grandfather… and in the process, he’s pulled back into his grandfather’s criminal culture … Throw in a buried family secret, a love interest with an alluring woman and some missing diamonds, and you have the recipe for an exciting heir to the classic detective novel. A well-written modern rendition of the old-fashioned gritty noir.”
—Kirkus Reviews

“[The] author is awfully good at—action. A warehouse break-in, with the old man guiding the kid’s moves, is wonderful. And a battle on a yacht blends heightened language and dirty deeds to haunting effect, as when a vanquished opponent suddenly becomes ‘two hundred pounds of wet cement.’ If he stays true to his talent, Hamilton is an author to watch.”
—Booklist

“A home run off the first pitch—this guy has got what it takes.”
—Lee Child

“Glen Erik Hamilton has crafted a compelling new hero in Van Shaw, an Army Ranger with a dark streak who operates in the spaces between shadow and light. Past Crimes is a zipline ride of a thriller… buckle in and hang on!”
—Gregg Hurwitz

“A debut novel from a gifted writer with a sure hand. As much fun to read as Lee Child’s Jack Reacher.”
—J.A. Jance

“Fans of action-filled mysteries should get to know Van Shaw right now and plan to be following his exploits for quite some time.”
—Cedar Rapids Gazette

“This powerful debut novel introduces a quick-witted and resilient protagonist able to hold his own on both sides of the law.”
—Stop, You’re Killing Me!

“With Past Crimes, debut novelist Glen Erik Hamilton comes out of the chute riding a rocket sled of thrills. This action-laced crime noir reads like a comfortable third entry in an already established franchise.”
—Madison County Herald

“With wry humor and plenty of action, Glen Erik Hamilton’s Past Crimes is an updated version of the classic hard-boiled detective novel.”
—Iron Mountain Daily News

“Page-turning and poignant, with not a drop of phony sentiment or overwriting. Grade: A”
—Cleveland Plain Dealer

“Hamilton begins lobbing hand grenades into the room about three-quarters of the way through and doesn’t let up until practically the last page, piling surprises and explosions on top of each other.”
—Bookreporter.com

“Anyone who likes realistic and gritty adventure will take to Past Crimes, in which we learn about everything from stealing luxury cars to scuba diving. Glen Erik Hamilton writes an entertaining and fast-paced story, full of crimes, felons and old regrets.”
—FreshFiction.com

“Past Crimes has all the hallmarks of a page-whirring thriller, balanced with depth of character for those who prefer their crime and thrills of a more substantive nature.”
—Crime Watch

“If this is going to be a series, I cannot wait for the next installment.”
—Open Book Society